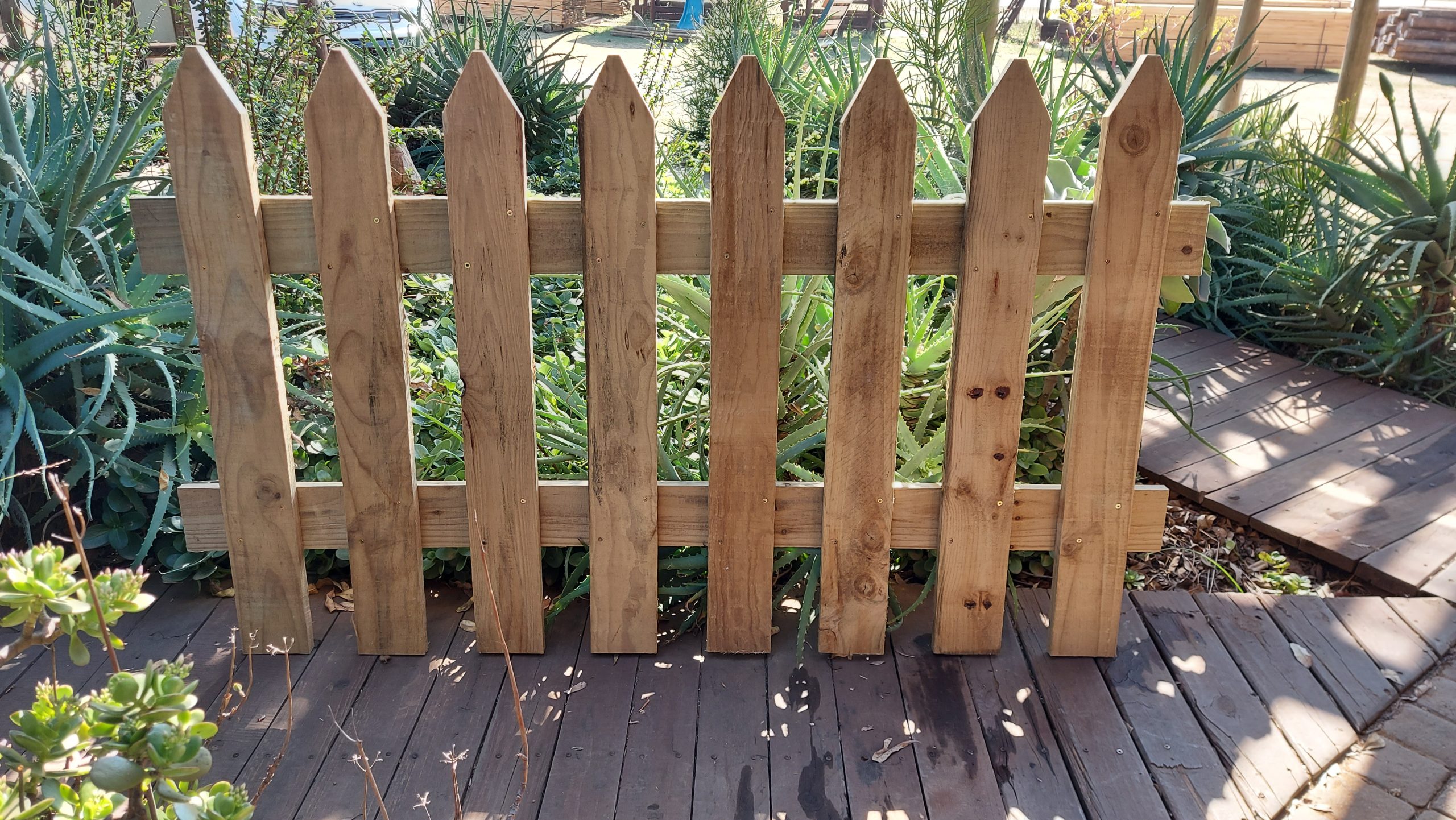 Standard Lengths for all panels is 1.5m

Picket fencing is a type of fence often used decoratively for domestic boundaries, distinguished by their evenly spaced vertical boards, the pickets, attached to horizontal rails. Picket fences are particularly popular in the United States, with the white picket fence coming to symbolize the ideal American middle-class suburban life. Until the introduction of advertising in the 1980s, cricket fields were usually surrounded by picket fences.

A picket fence is generally 60 to 120 cm tall. A horizontal top rail and bottom rail are attached to fence posts, which are installed upright into the ground. Evenly spaced boards are affixed vertically to the rails. These boards with pointed tops are called “pickets” for their resemblance to the pointed stakes historically used by infantry to repel cavalry.

The first step in installing a picket fence is to insert the posts into the ground. Traditionally this is done by digging deep holes (usually 600mm deep x 300mm wide) either manually or with a power auger. The posts are then placed upright into the ground and compacted with dirt and/or concrete to cement them into place. Once they are set, the horizontal rails are affixed to the posts using fasteners, and finally the pickets can be attached to the horizontal rails. By far the most time consuming part of installing a picket fence is setting the posts.